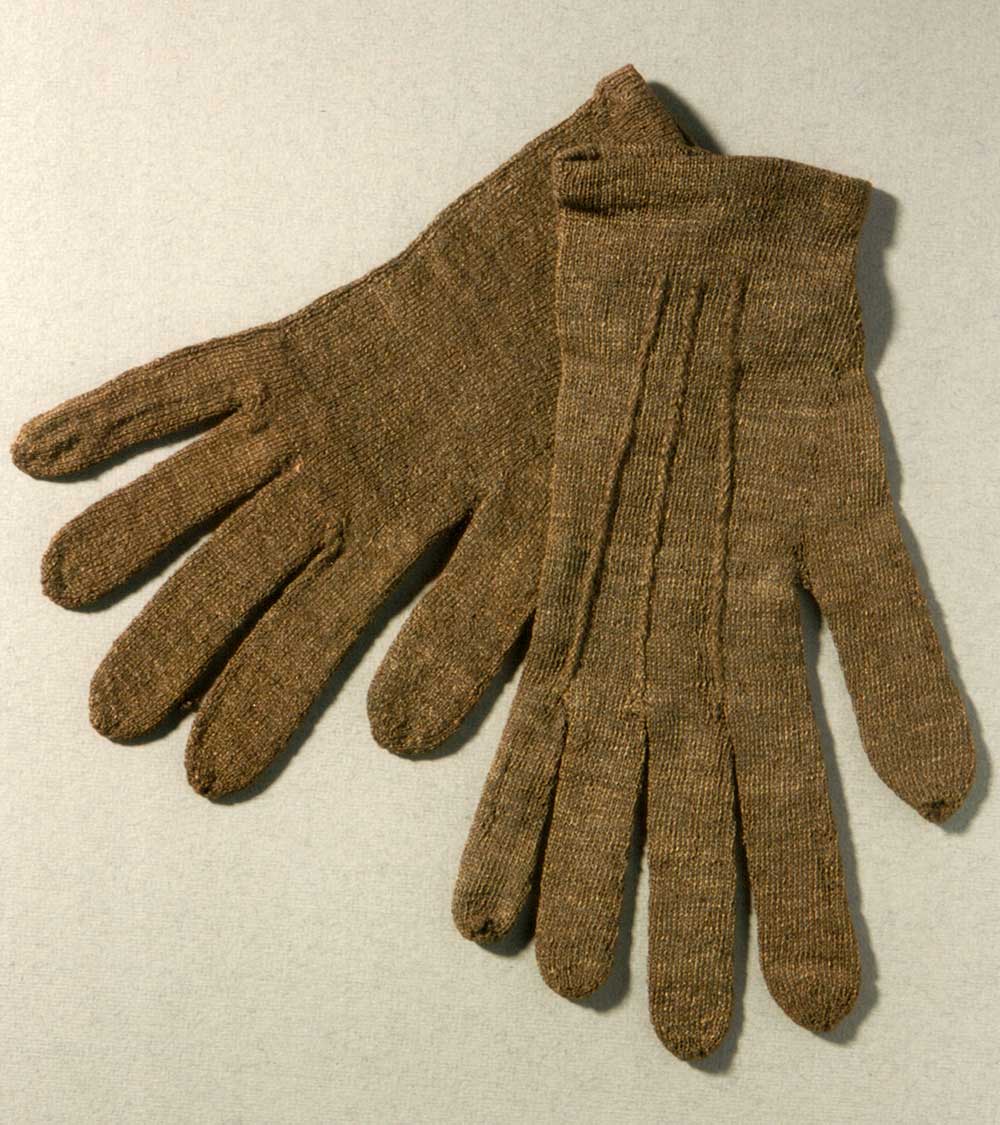 Sea silk, plain right knit, with three patterned rows on the back of the hand to the base of the fingers.

At the 1862 World Fair in London, sea silk products from Italy are shown for the first time. The Official Catalogue of the Industrial Department mentions these gloves from Sardinia: ”Dessi Magnetti Avv. V. Cagliari. – Byssus of the Pinna, with thread, gloves, etc. made of it”.